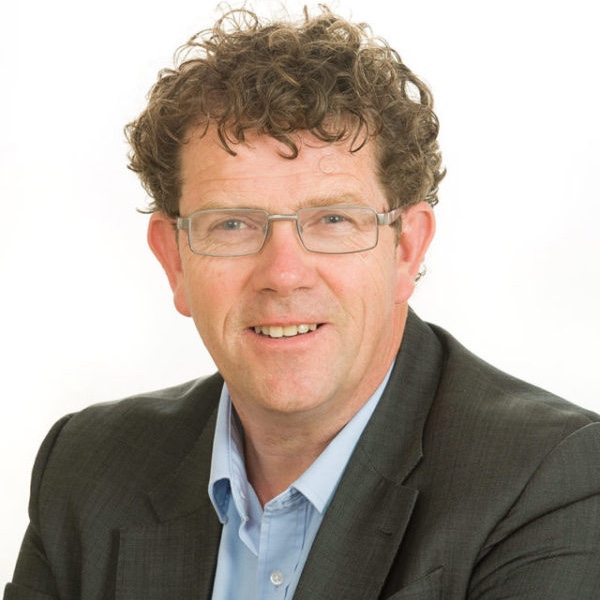 Ian Quayle qualified as a solicitor and worked in private practice for 12 years specialising in property law matters including residential development work, commercial acquisitions and disposals.

Ian has delivered over 1500 property related training courses for city and regional firms, local law societies and local authorities. His training style and delivery is relaxed, but he is able to explain the law and practical issues relating to the training topic in a way that ensures delegates learn, or reinforce learning, and derive meaningful benefit from the training provided.

Ian has provided training to businesses in-house, public courses, and spoken at conferences. He is prolific in his delivery of webinars on conveyancing related issues, and he has delivered live and pre-recorded webinars nationally and internationally for leading legal training providers and continues to do so.

Unusually, Ian is able to deliver training in both commercial and residential property fields generating courses on a myriad of topics some of which are of general application and others more specialist and focused. Ian has taught a number of training courses aimed at support staff. 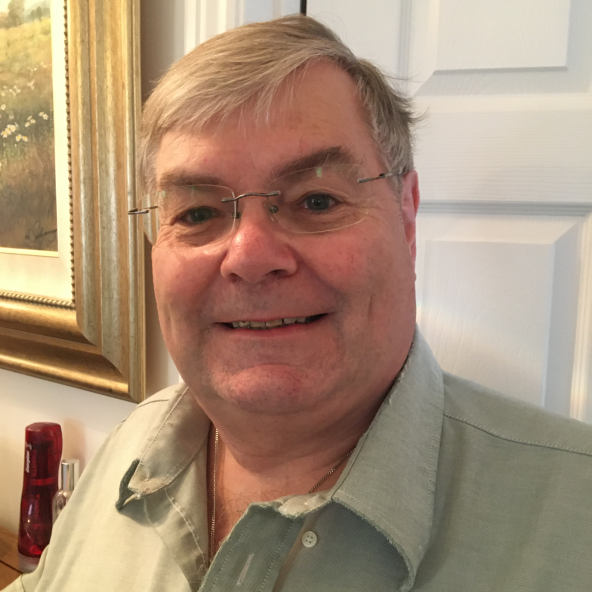 David Keighley was admitted as a solicitor in 1982. Until his retirement from full time practice in September 2016 David was a partner in and Head of Residential property at a Legal 500 firm. Having done so part time whilst in practice, he now uses his extensive experience and understanding of practical conveyancing to cut through the academic niceties and make things relevant for the busy practitioner. 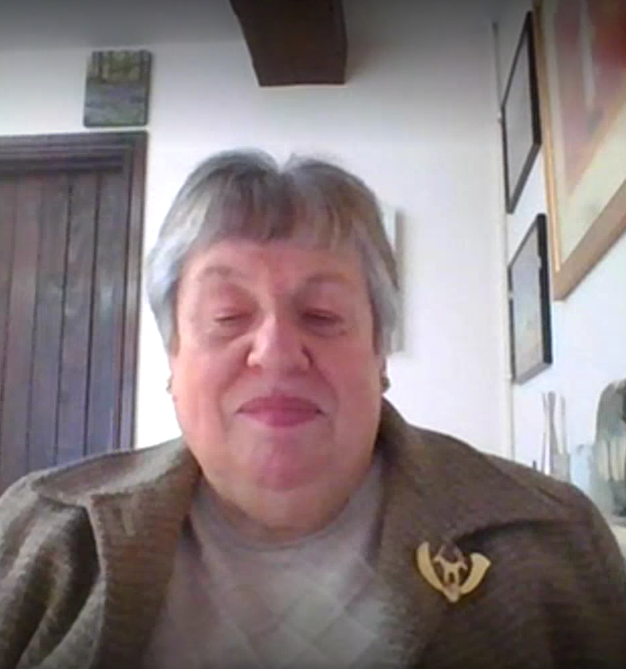 Peta has over 25 years’ experience of practising property law. She was a Real Estate Partner at Dentons for 17 years and is now a full-time freelance lecturer, trainer and writer, providing training on behalf of organisations as well as in- house training for law firms and local law societies. 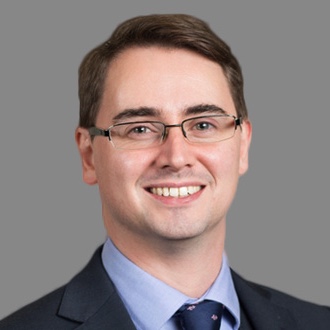 James Ballance is a Barrister at Maitland Chambers. Since being called to the Bar in 2009, he has developed a busy advocacy and advisory Commercial Chancery practice. His work has a particular focus on property litigation, including traditional real estate litigation; landlord & tenant claims; rights to light; telecoms claims; and professional negligence litigation relating to property work.

James has a particular interest in the intersection of property law with other fields, such as insolvency. He is a contributor to the forthcoming ‘Company Voluntary Arrangements’ edited Tom Smith QC and Elaine Nolan (OUP, 2022). 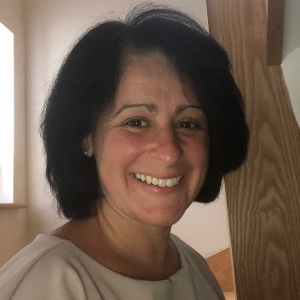 Formally an Estate Agent and Mortgage Advisor before becoming a Property Lawyer, Zoe’s professional industry experience has led to a successful career and a unique understanding of property. 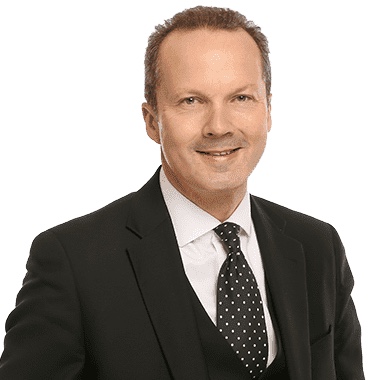 Nigel Clayton is a Barrister and a member of the Business & Property Group at Kings Chambers, Manchester, Leeds and Birmingham. He is a property lawyer and specialises in mortgage law and litigation and is regularly ranked as a leading individual in the Legal 500 and Chambers UK Bar Directories. He also sits as a Civil and Chancery Recorder and is accredited by the ADR Group as a Civil and Commercial Mediator. He deals with all aspects of drafting, advisory and litigation work in the areas of: 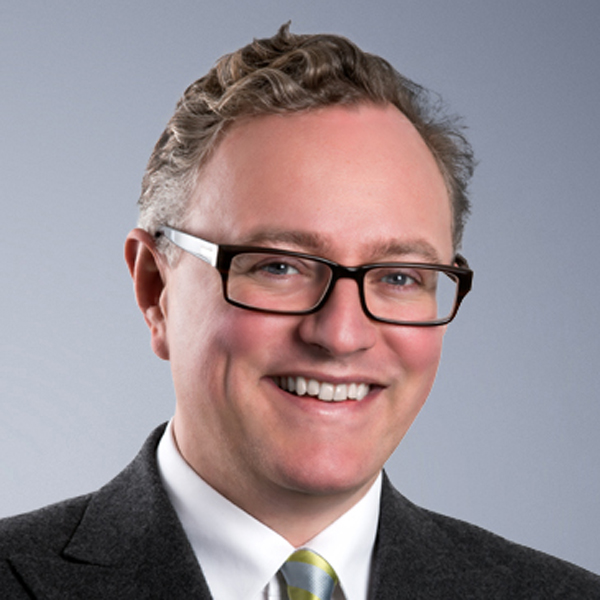 Piers’s practice covers all areas of property law. He enjoys litigation. He is particularly experienced in leasehold enfranchisement. Piers is also often called upon to offer advice in non-contentious property cases where there is a development afoot.

Piers has a number of direct access clients, mainly property developers and is happy to accept direct instructions in most cases.

He is on the editorial board of Landlord and Tenant Review and PropertyLawUk and writes a periodic update on leasehold enfranchisement.

He is the co-author of “Megarry’s Manual of the Law of Real Property” (Sweet & Maxwell, 9th edition), “Enfranchisement Law and Practice” (Wildy and Sons Ltd) and Service Charges Management (Sweet & Maxwell, 3rd edition). 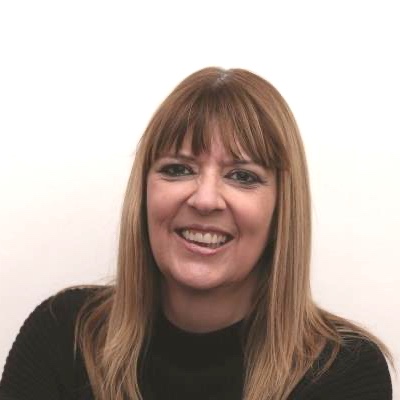 Sarah qualified as a solicitor in 1990, and throughout her career, she has been focused on trying to improve the house moving experience for all involved.

Sarah established her own practice, dealing exclusively with residential conveyancing in April 2000 and has seen many changes in conveyancing, along with changes to the market. Sarah believes that solicitors have a crucial role in making sure that the public receive good advice at a stressful time.

For ten years, Sarah has been a member of the Law Society Conveyancing and Land Law Committee, heading the Residential Property sub group. She has been involved in the redrafting of the Protocol Forms, and led the group which drafted the new edition of the Protocol. She is the joint author of the CQS Tool Kit, a regular contributor to the Law Society’s Property in Practice magazine and has been quoted in articles in The Times, The Financial Times, and other media. Sarah sits on the Government Home Buying and Selling Group which is reviewing the way in which house buying is carried out. 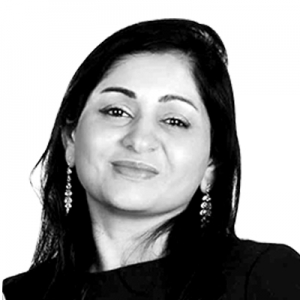 Zahrah has been conducting conveyancing transactions since 2003 and qualified as a solicitor in 2011. She is experienced in the usual freehold and leasehold sales and purchases, re-mortgages and transfers of equity though leaseholds are her strong point.

Zahrah also assists clients with small developments with plot sales or splitting a freehold building into flats with new leases.

Zahrah has also spoken about shared ownership in 2020 for legal knowledge provider Lexis Nexis and also as guest speaker for the National Housing Federation’s Affordable Home Ownership (virtual) Conference in 2020. 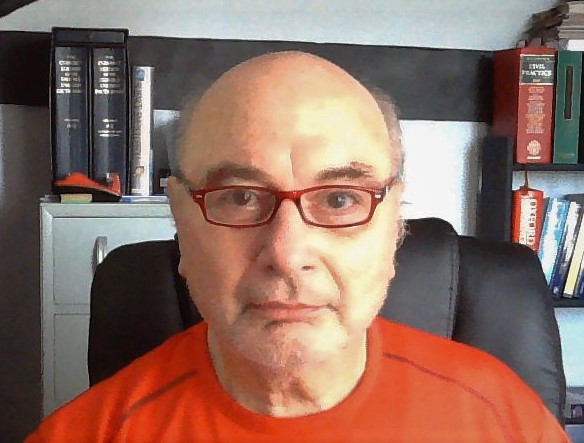 Tom is a barrister with nearly 40 years of experience in town & country planning, highway law and public law. He was formerly a solicitor and has had considerable experience in local government and private practice.

Tom was the Chief Solicitor to North Hertfordshire District Council and has held senior positions in local government. 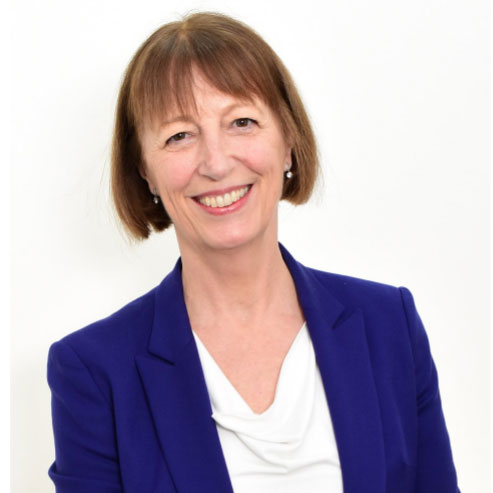 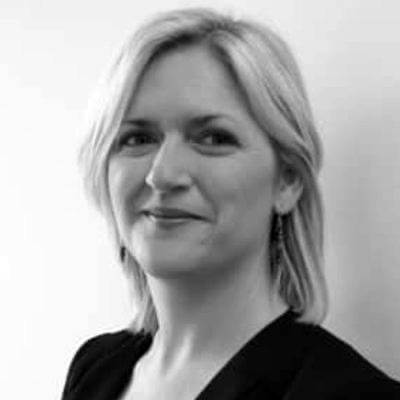 Tracy is a property lawyer who has spent over two decades in the legal profession, most recently as managing partner of a Merseyside multi- disciplinary practice and was recently appointed as Lead Assessor for the Law Society’s Conveyancing Quality Scheme (CQS).

Tracy possesses a diverse mix of skills and is highly experienced in operational management and business strategy. She provides valuable practice management support to law firms, particularly in the areas of risk and compliance. Tracy is an experienced trainer working with national training organisations and local law society’s and her area of expertise is in the areas of law firm compliance and quality management standards.

Tracy is passionate about the benefits Lexcel can bring to a practice and it is this passion which saw her appointed to the Law Society Lexcel Panel in 2013. She is a Law Society accredited Lexcel Consultant and a Lexcel Assessor for both the England & Wales standard, and the International standard. 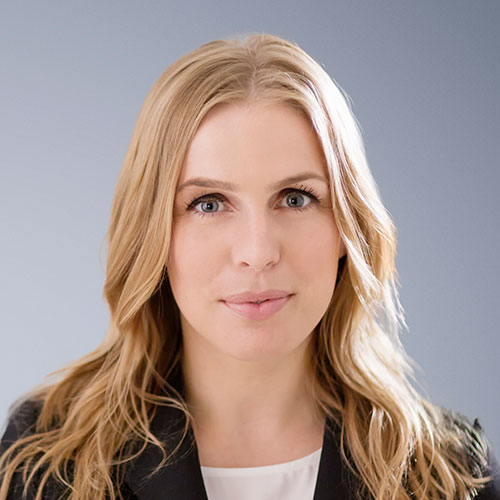 Katie Gray is an experienced real estate junior, acting in a wide range of high-value and complex property disputes. She has a particular interest in disputes involving boundaries, party walls, and restrictive covenants. She was called to the Bar in 2013.

As well as editing the Enfranchisement and Right of First Refusal and Service Charge and Property Management sections of the site, she also writes for the Landlord and Tenant Review and is the co-founder of the Up to Date Property Law Podcast. 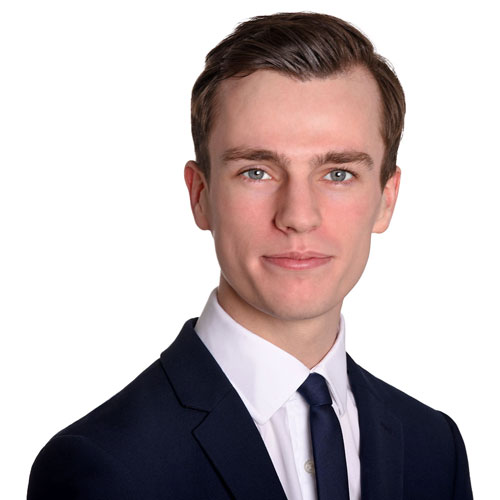 Edward has a broad practice across all areas of property law, and is instructed as sole counsel or as part of a counsel team. He has particular experience in enfranchisement, disputes between neighbours, and landlord and tenant matters, and his work increasingly involves commercial and company law, both with and without a property law aspect.

Edward is frequently in Court in his own right, both in the County Court and the First-tier Tribunal, dealing with applications, hearings and single- or multi-day trials. He has also appeared in the Upper Tribunal and High Court unled, and has experience with urgent and without notice hearings. As part of a counsel team, Edward has appeared in the High Court, the Court of Appeal and the Supreme Court and is assisting with ongoing litigation in the Isle of Man. Edward was also junior counsel in the Court of Appeal on the Kensquare case as per his February article, acting for Ms Boakye and alongside James Fieldsend.

Alongside his cases in court, Edward’s advisory work encompasses a wide spectrum of property matters, whether they are anticipated or ongoing, litigious or transactional. 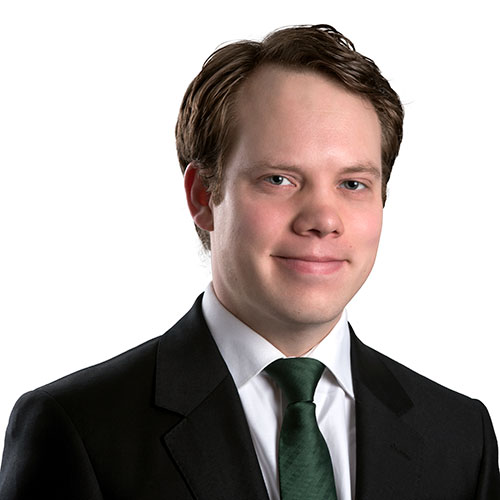 Richard Alford has an established and growing practice focusing on property and landlord and tenant work. He is delighted to accept instructions in any property law matter, as well as a wide range of commercial disputes.

Richard enjoys technical matters and thrives on difficult cases and tricky points of law. He regularly appears in the First-tier Tribunal (Property Chamber), the County Court and the High Court. 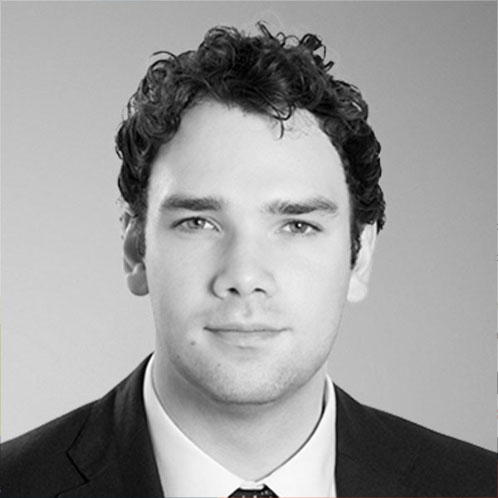 Will is a property specialist and practises in Chambers’ core areas, with a particular emphasis on service charges and traditional landlord and tenant litigation, both in the residential and commercial context.

He is perceived as a trusted practitioner and has been instructed in a number of complex and high-value matters. He has appeared against silk on several occasions. 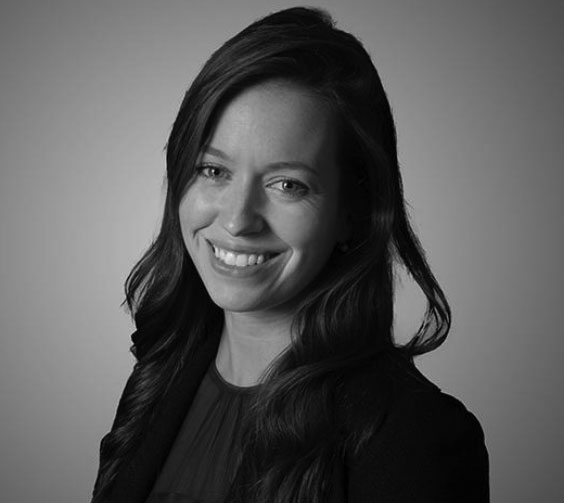 Emma specialises in commercial, residential and agricultural property litigation. Emma advises on a range of landlord and tenant matters such as lease renewals under the Landlord and Tenant Act 1954, possession claims, rent arrears and service charge recovery and breach of covenant disputes. Emma has particular experience in dealing with contentious property issues arising from agricultural holdings. 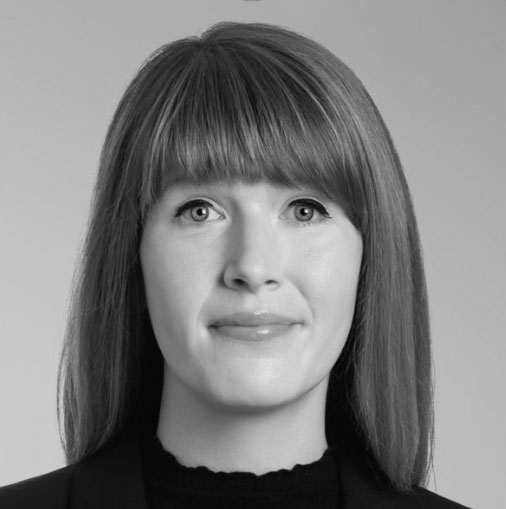 Robyn’s practice covers all areas of property litigation as well as probate and company law. Particular areas of expertise include: easements, landlord and tenant, service charges and leasehold enfranchisement.

Robyn has represented clients at hearings in the County Court, First-tier Tribunal (Property Chamber), the High Court and Court of Appeal. 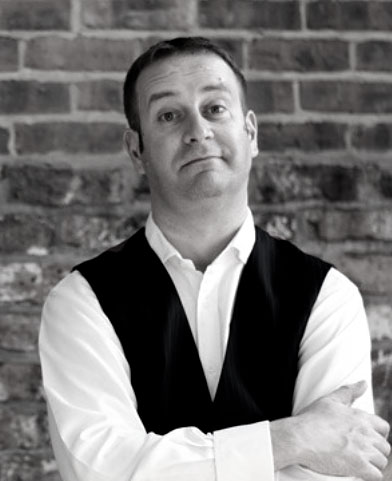 A business development professional with over 25 years practical experience in marketing and sales. Over the past 15 years, Pascal has been providing coaching services on all aspects of ‘generating enquiries via the Internet’ to various organisations.

Previously the Chief Executive Officer at The Centre for eBusiness, Pascal now runs his own agency specialising in digital marketing training and content marketing services.

You can find out more about which cookies we are using or switch them off in settings.

This website uses cookies so that we can provide you with the best user experience possible. Cookie information is stored in your browser and performs functions such as recognising you when you return to our website and helping our team to understand which sections of the website you find most interesting and useful.

Strictly Necessary Cookie should be enabled at all times so that we can save your preferences for cookie settings.

If you disable this cookie, we will not be able to save your preferences. This means that every time you visit this website you will need to enable or disable cookies again.

This website uses Google Analytics to collect anonymous information such as the number of visitors to the site, and the most popular pages.

Please enable Strictly Necessary Cookies first so that we can save your preferences!